We don’t need the “As long as it’s okay for now” anymore: What I thought on the day we started in Tanzania

Seventh year in world’s leading air conditioner manufacturer (Daikin), 30 years-old, a husband and a father of two children.
Today, we have founded Baridi Baridi Inc. We will launch a subscription service of Daikin air conditioners in Tanzania.

I didn't have any special feelings for the product (air conditioner), neither for Tanzania. I came up to this service not because of my intention, but from a result of chance encounters.

Nevertheless, I decided to establish my company in a foreign country because I thought that by developing this business, I would be able to destroy the "something that is not interesting" that I think of in the world "brightly". In order not to lose sight of what is important on the course of our future business, we decided to write down our thoughts about our founding.

Why do people’s eyes become lifeless after joining companies?

When I was a student, I met wonderful and talented friends. I felt a sense of crisis about their excellence, and I went abroad to study even though I couldn't speak English at all because I had to experience something different.

However, when I met them again several years after graduating and becoming workers, the faces of my friends, who I thought were so wonderful, seemed to have lost their sparkles. When I think about it, the people I see while commuting also seem to have dead lifeless eyes. And most of all, I realized that I have become less excited about living as an office worker.

I think that people become less excited when they continue to be unable to demonstrate their own abilities. If people are not blessed with a good manager or a boss in the company organization, they will be ruined even if they try to do the work of your own will. People will not be able to work beyond their boss's abilities, and they will have fewer opportunities to demonstrate their own abilities. If it's something someone else can do, it's not surprising that they're not excited about it.

Certainly, I understand that it is more efficient not to respect the individual's will too much in the management of the organization. Especially for a company that has established a business model, it may be a more reasonable way to make short-term profits and avoid failures.

But in the long run, will the organization and society of people who are not excited get better? In the world, there are some managers who are “amakudari” (*Note: Japanese private sectors sometimes employ former government worker, so they could profit from the influence the person has. This is called “amakudari” in Japan, meaning descending from heaven.), and have only a few years of tenure. Nothing goes well under such "expired" management. I think companies are not killed not by competition, but instead die from within.

This is how I came to have a strong desire to become a manager in order to increase the number of people who are excited.

Is your “As long as it’s okay for now” “interesting”?

I think it's better to think in the long term and be excited about each person's unique abilities rather than short-term benefits. To put it another way, we are so focused on short-term profits that we are far from our long-term vision.

If you think about it, I think there are a lot of examples around us of sacrificing things that are really important in pursuit of immediate profit.

For example, although the importance of SDGs is being talked about, I think "current sales and profits" is still the top choice for most companies.

Are you busy with quarterly sales and profit targets while sacrificing long-term social contributions? When it comes to the environment, for example, climate change measures can be reflected in executive compensation. Why can't such companies emerge?

Also, are we bound by economic activities and forget the cultural (something natural as a human being) richness? I don't really want to take a commuter train, and I don't want to live in a place full of buildings. There are so many buttons on the TV remote control, I don't think manufacturers are thinking about how users feel.

I think these phenomena are simply "uninteresting".
What lies behind this is the belief that the "economic benefit" of "Now." is the most important.

My two children could live to the year 2100. When I think about it, I think that I only want to do things that will be good for the future world.

Let's move on to business. As I mentioned at the beginning, the company we started provides a subscription service for air conditioners.

Tanzania is an equatorial country. It is a country where electricity is not yet available in many areas, room air conditioners are becoming popular in small shops such as clothing stores, beauty salons, and restaurants in urban areas. (Popularization in general household is still to come.)

However,** if there are 10 air conditioners in the city now, surprisingly 7 are not working.**

Why is this happening?

This is because cheap models from Chinese and South Korean manufacturers are on the market, and even if they break down, repair techniques are immature and are left unattended. Moreover, these cheap models are not only prone to failure, but also have low energy efficiency, resulting in high electricity costs and a negative impact on the environment.

Electricity bill is a serious problem for the people of Tanzania. It is said that the monthly electricity bill for small shops is about 7,000 yen($65), which is a heavy burden for people considering the average monthly income of university graduates is about 20,000 yen($190). This can be reduced to about half by simply switching to Daikin models with high energy efficiency. It's also environmentally friendly. Currently, Tanzania's energy conservation regulations are lax, so products with poor environmental performance are distributed without being regulated.

The existing low-cost air conditioner business is a model that makes profits by selling a large amount of cheap goods imported by container ships. For the benefit of the present, we are sacrificing the future global environment that puts a heavy burden on people's lives in the form of high electricity costs.

For me, a "zombie air conditioners" that are not running is the embodiment of the belief of "As long as it’s okay for now".
So I decided to drive this out.

The model we are considering now is a service that provides Daikin air conditioners by subscription. Daikin's air conditioners are energy efficient, so monthly electricity bills can be kept low and they are also environmentally friendly. We will make use of the high-quality service network of Japanese manufacturers for installation and repair so that they will not be left unattended even if they break down.

The high initial cost (equipment cost) that is a bottleneck for people in Tanzania is free and the monthly electricity savings are greater even with the subscription fee. Because of its high durability, even if the device is free of charge, it will be profitable in a few years through continuous billing.

We will promote this along with billing technology through smartphones. Our demonstration tests have been well received, and I feel that we have been able to accurately grasp people's needs.

The point of this business model is that we have to allow losses in the first few years for subscriptions. In other words, existing players with the idea of "As long as it is okay for now" optimized for short-term profits could not interfere in this business. A company whose president changes in two or three years cannot afford to lose money for several years. That is why it is meaningful for a startup company that is not afraid of a short-term deficit to take on the challenge.

Some players may follow this model, but "If the world is going to get better, do more and more." (Of course, we are making various preparations to not lose easily).

Making life and society happy now and in the future

The company we founded is called Baridi Baridi. Baridi means "cool" in Swahili. With Tanzania as the starting point, we want to make the world happier, so we decided to have a Swahili name.

If Baridi Baridi succeeds, it will not only make people in need in Tanzania happy, it will also benefit the environment of the future. It also makes everyday life easier and fosters people with knowledge and skills in air conditioning and creates jobs. What's more, if our efforts inspire more people to work with excitement in Japan, then I can't be happier.

What I found "uninteresting" is that the very limited value of "economic benefit" in "Now" are deemed so important that other richness has been sacrificed.

Breaking away from this limited set of values, and making life and society happy now and in the future, is what we want to achieve through the company Baridi Baridi. 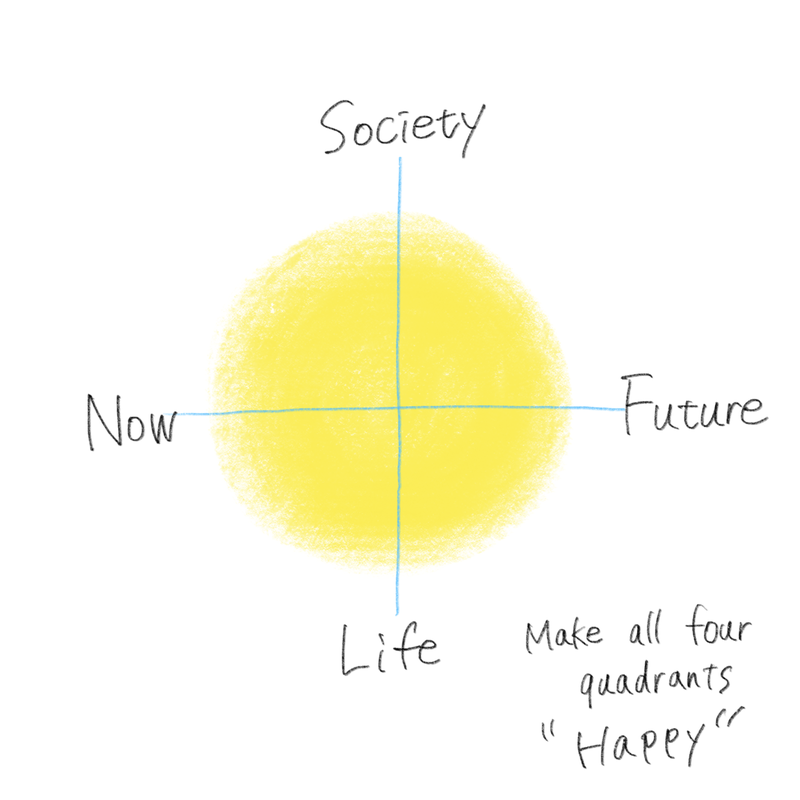 Finally, I will write down the vision and value of the company where we put our thoughts into words. Instead of using abstract words that apply to everyone, we focused on describing them as concretely as possible. Together with people who sympathize with these words, we will destroy the "uninteresting" of the world "brightly".

In the world, there are many things ignore the future, which prioritized only “Now” too much.
We’d like to make life and society better for people in front of us and for the next generation at same time.
We tackle on materializing our vision with various technology, idea and strong mind of team member.

"A" ccess to affordable and sustainable AC solution
By reducing the initial cost, we can provide more people with comfortable air conditioning, and by making it into subscription, we can make people use it without worrying about the inevitable breakdown and additional expenses.

”B” etter environment for the next generation
We will substantially reduce the negative environmental impact thorough the use of energy-saving technologies not widely used in developing countries.
Through subscription, we will eliminate air conditioners broken down and left unattended. We will transform into a sustainable society.

”C” hances for All
Through our business, we offer opportunities for more people to acquire knowledge and skills and make money.
We will foster human resources who will play a leading role in the future society and make it better.

Integrity to people and society
We want our company to be based on integrity.
Be honest with customers, team members, and ourselves.
We will not develop businesses that reduce the total happiness of society.

Work as professional
Regardless of one's title, salary, nationality or race, he or she works as a professional if he or she earns more than one dollar.
Professionals like athletes, for example, improves oneself daily and pay attention to their daily habits such as meals. A person who just clings to the company and does not improve oneself is not called a professional.