Hi, I’m Matt (@mechpil0t) at the Designium Tokyo Office. In 2019 I worked with Mao (@rainage) to prototype a system to add AR content to a live performance by the idol group ZOC. 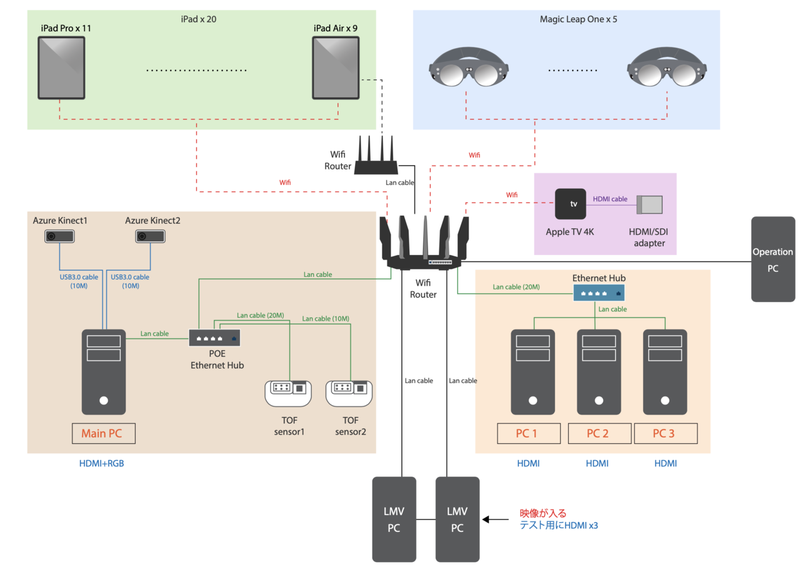 <tracking sever of the live show> 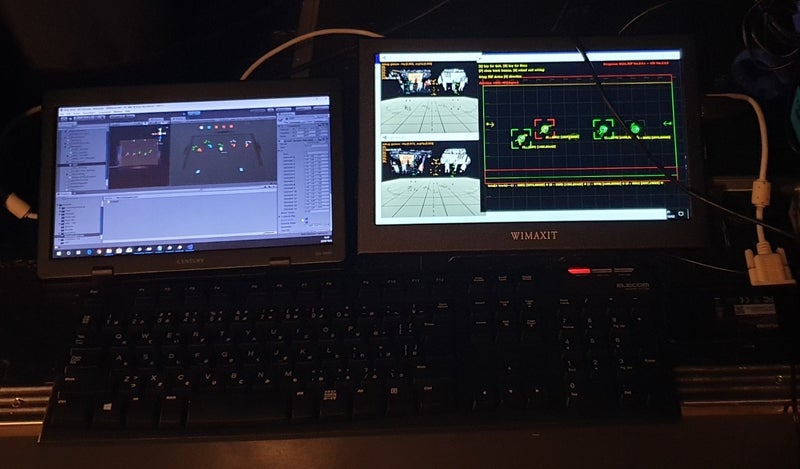 In this application there were three main types of AR content, environment, song synchronized, and positionally tracked.


The static content was a cityscape that surrounded the stage and was placed using Image Tracking. 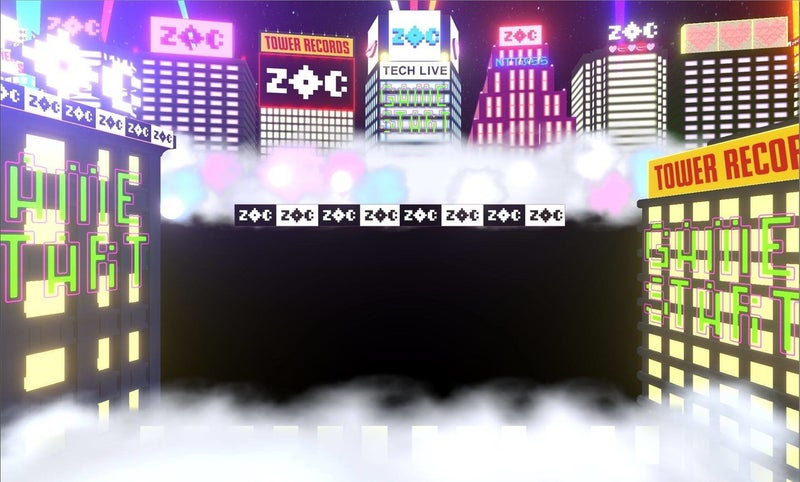 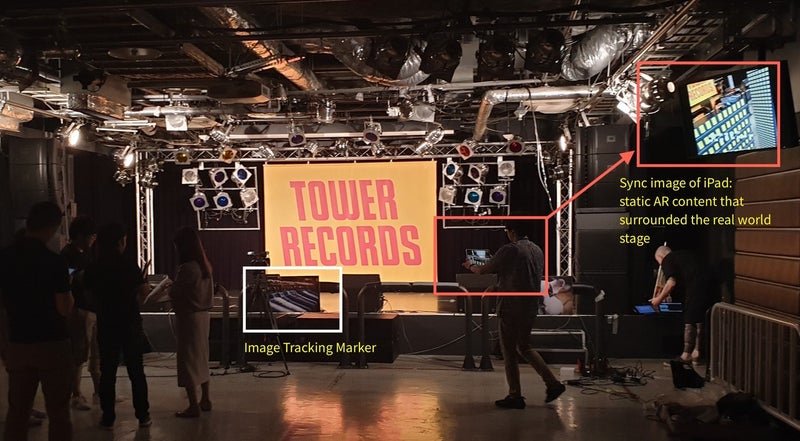 The client devices used Image Tracking to place the static AR content. The center point of the static content was used to translate the Unity local positions sent from the server, into accurate real world positions. 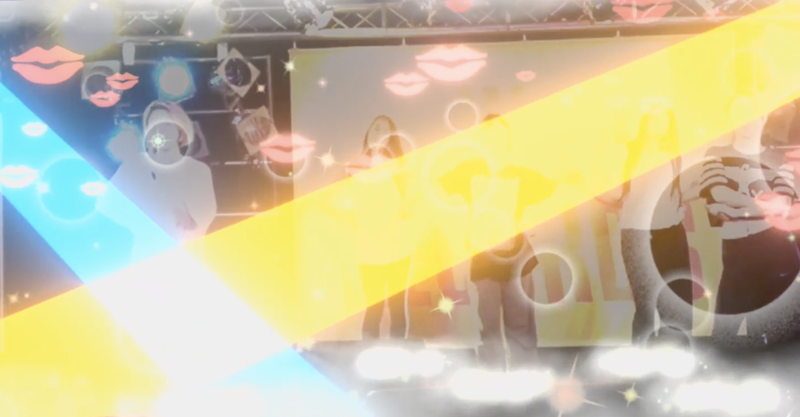 Song synchronized AR content included AR spotlights that would focus on idols singing a solo section of the song, and kiss marks when the idols would say “chuu”, and various other imagery linked to the vocals of the song.

Positionally tracked content was content that would appear at the positions of the performers. This was achieved by transforming the TOF positions into local Unity positions on a server, and then passing these positions onto the client devices using UDP over WiFi. This type of AR content would include clouds at the feet of the idols as shown in the image above.

In past projects, we used 2 Hitachi-LG TOF sensors to track up to 30 people (Bubble World 2019). However, in this case we had 3 big challenges: moving speed, pose detection, stage height.

In past projects, we used the “People_Tracking” app of Hitachi-LG to track the positions of humans. It is easy to set up and stable. However, because this project required tracking the movement of people very accurately, the tracking position would have a delay of around 0.5~1 sec. Because the idols dance caused them to move very quickly, the delay of position would have made the MR experience very bad. Therefore we built our own tracking system using the Hitachi-LG SDK. With this, we could track positions almost in real time on the AR devices.

During the song, there were some sequences in which the idols would perform actions to play interactive games with the audience using AR devices. This required us to use Azure Kinect to track the skeletons of the idols. We made a new tracking system using TOF position information and binded Azure Kinect skeleton data to the TOF positions. Then we send out the user data (position, skeleton joints position & rotation, action state) to each client AR device.

The stage height was a big challenge for our system. Due to the limitations on where we could place the sensors, there were some dead zones within the TOF sensor's FOV. To work around this we improved our skeleton tracking function. The main tracking position was still squired via the TOF position data. We then checked if there was a skeleton near this position, and if so then binded the skeleton onto this tracked position. If there is a skeleton position without TOF position close by, then set the skeleton would be used as the new tracking position. With this new tracking system, we solved the stage limitation and could then set the sensor up more flexibly. 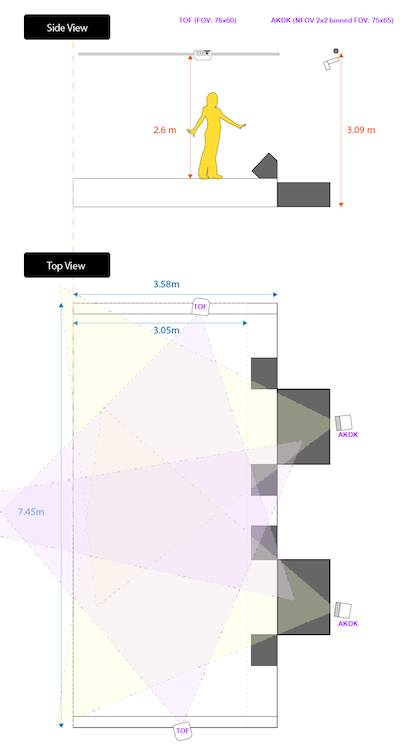 The left side of this video shows our TOF tracking app. We set a red rectangle area of this testing as a dead zone (no TOF position area). Our TOF skeleton tracking system would be used for tracking positions if an idol entered this area.

Postscript
After this project, we began to use this sensing technology and AR concept in various other prototypes.