He’s WOVN’s own walking encyclopedia, held dear by the CEO and all the members. We talked about his previous job in business improvements and what made him join WOVN.

Rhythm Tanaka / Human Resources Department Head and CEO's Office
May 2018: Joined WOVN
After graduating, he joined the management section of a major telecommunications company, supporting administration mainly through cost reductions and business improvements. At WOVN, he’s in charge of building up all things HR, from hiring and personnel to system organization. At the CEO’s office, he helps support the administration’s vision by giving the company structure and creating a corporate culture.

I’ve played soccer since elementary school and have been a Juventus fan for over 20 years. In high school, I became a fan of that team’s member Marchisio and was really influenced by his way of thinking and attitude as I transitioned to becoming a member of society.

Marchisio was a midfielder, but he could also cover other positions if the team or managers needed him to. However, he's not just a placeholder. He can use his unique strengths to shine in any role, making him a very versatile player.

He played for Juventus from age 6 to 25, turning down offers of high annual salaries from multiple other teams during that time. He loved his team and was completely committed to its policy of winning being the only thing that matters. This attitude is one of the reasons why I admire his way of living and thinking. 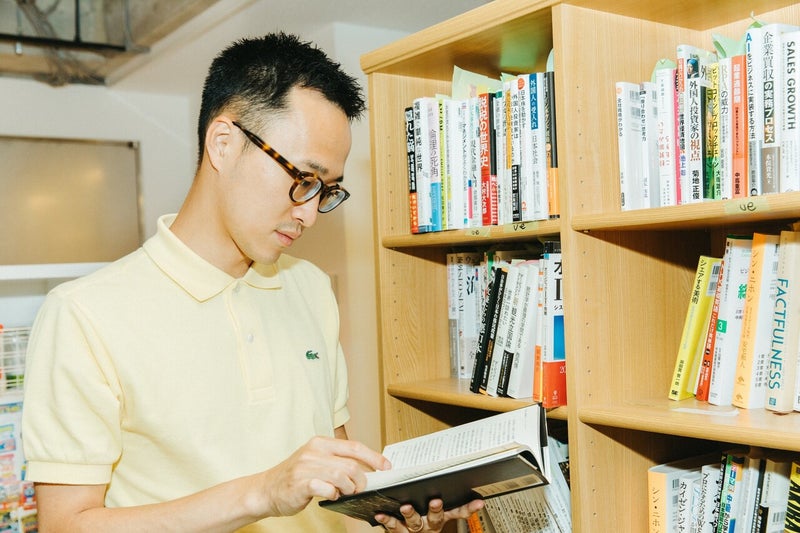 On to a major telecommunications company after graduating

After graduating, I joined a major telecommunications company, but the person handling interviews for the management section of that partially listed company had long hair, a beard, and was wearing a polo shirt and jeans, so I remember being in shock from the get-go.

We started talking, and I was drawn in by how deeply and quickly he thought. I wanted to be someone like that and wanted to work with such people, so I decided to join the company.

After I began working there, I found out that a lot of people who’d joined around the same time did so for similar reasons, requesting to work in the same department as that person. During my training over the next three months, I got to learn about the charm of other departments and how tough it gets in the manager’s office of my interviewer’s management division. I had a few rivals, but luckily in the end, I got placed in the same department as him.

The main duties of the manager’s office were to execute the missions of the management department’s manager, who oversaw all the happenings of the department, and other support, and I focused mostly on cost reductions and business improvements.

More specifically, I would review the internal purchase flow and examine its cost appropriateness, review business flows to remove redundant employee shuffling and other unnecessary things, and reduce outsourcing costs.

Cost reductions require a top-down structure, so even though I lacked in experience, I would have meetings with managers about such issues to make propositions, unified our interests, and mapped out ways to improve things at the project level.

I think the way I handle money and figures was cultivated at my previous workplace.
This company had a strong tendency to evaluate things quantitatively and a lot of people there thought logically, so I learned to explain things and convince people using numbers. 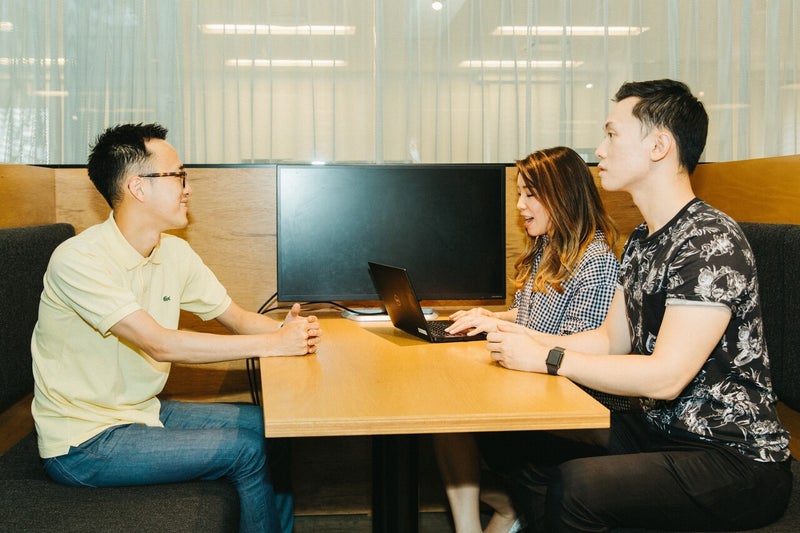 One of my fondest memories from my previous job was compiling a list of cost reduction methods from around the world and presenting it to the chairman.
Looking back now, it was like a university level research report. (laughs)

I’d written it because my manager asked me to make a report about a fund that was really good at cost reduction. That fund owned international restaurant chains and food companies and would spur corporate growth by buying companies, reducing costs, and increasing profits. Their aggressive and bold ways to reduce costs were well known.
Once I started researching, I couldn’t stop, and I branched out to look into the structure of their franchise businesses and more, which resulted in a huge report.
The chairperson thanked me, saying “I'm amazed you put all this together for me."

My birthday present in third grade was a Kojien dictionary, as my dad believed it was best to “look things up yourself,” so I got in the habit of thoroughly researching anything I didn’t already know about.

I kept working like this for around four years, and since my job was to support administration, I didn’t feel like I was building a specific skill set.
For example, if you spend five years in finance you learn both budget and actual-cost management, and in the legal section you’d gain knowledge about precedents and intellectual property, making you a more productive member of society.

I had the option to move to other departments, but I started thinking about changing jobs as well.
At my previous company, my main reasons for being there were because I loved the business model and because of all the amazing people there, but not many people actually liked the products that the company provided. So, this might sound a bit vague, but I thought it’d be nice to work for a company with actually loveable products.

I interviewed at several startups, but none of them really stuck out, so things would end after the first interview.
I was then contacted by an agent about a position at WOVN.

When (the COO) Uemori-san came into the interview with blond hair, I felt the same pull as at my previous job. As I talked with (the CEO) Hayashi-san and Uemori-san, I could feel their love for their company and products, as well as their commitment to the growth of the business.

There was only one meeting room, so we ended up going to a cafe to continue talking, and as we were walking there, the two of them had a serious work-related conversation and left me out.
I’m pretty sure I was supposed to be the guest at that interview, but I paid no mind.
Watching them, I thought it was nice that they brainstormed and were passionate about improving the company without worrying about their surroundings.

When I received an unofficial offer from WOVN, I went to tell the director and after explaining about the company, he just looked up for around 10 seconds and responded, “That sounds nice.”
That’s when I was confident that I would be joining a good company. 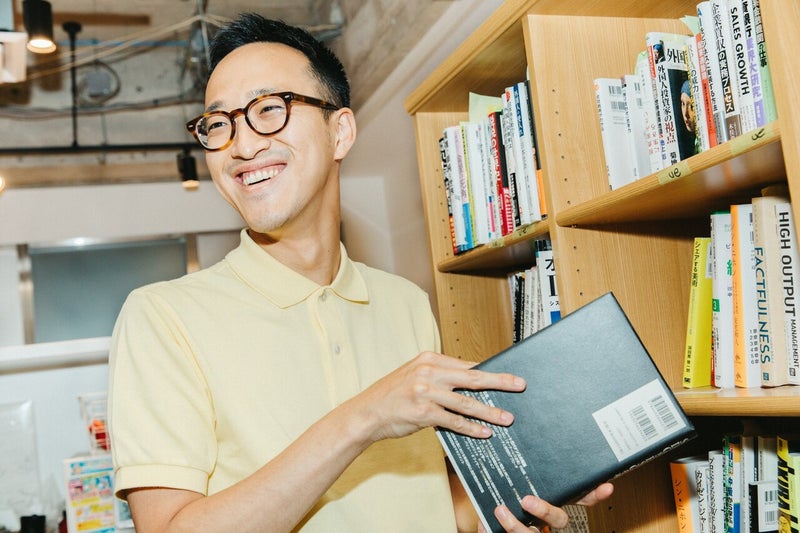 HR and the CEO’s Office. Expanding the organization and creating a corporate culture

Right now, I’m in charge of both HR and the CEO’s Office, and as I leave actual hiring to the other members, I’m working more on defining the overall direction of the company, the organizational flow of hiring, and system organization.

The purpose of HR is to align with the company’s vision and direction to create an environment where people can immerse themselves and accomplish their own and the team's mission, preventing overwork caused by lack of staff and properly rewarding employees for their efforts.

The CEO’s Office focuses mostly on creating a corporate culture, working towards realizing the things that Hayashi-san and Uemori-san want to accomplish.
We convey ideas from the top down to all the members, and vice versa, so we’re kind of like a middleman.

I make sure to separate facts from opinions during such times. When it comes to Hayashi-san and Uemori-san, I’m always sure to convey whether their comments are something that actually happened or just their opinion.

Both hiring and system organization still have many issues and room for improvement. As such, I want to get even more feedback and ideas from even more people. I’d love for people to transcend both organization and department boundaries to share what they want to do and how they want things to be so that we can truly localize the Internet.

WOVN is a really good company. Every day, I feel that the administration is really committed to hiring and building up the organization with the mindset of “our business is people,” and that they desire for all members to be active and happy.

Our products and business have such huge potential, and as countries work together to create a better society, I believe that WOVN will be able to solve the biggest issue of all - language barriers. WOVN is a company with a long-term vision and will make its hope of contributing to society a reality. I would love to work together with others who share this vision. 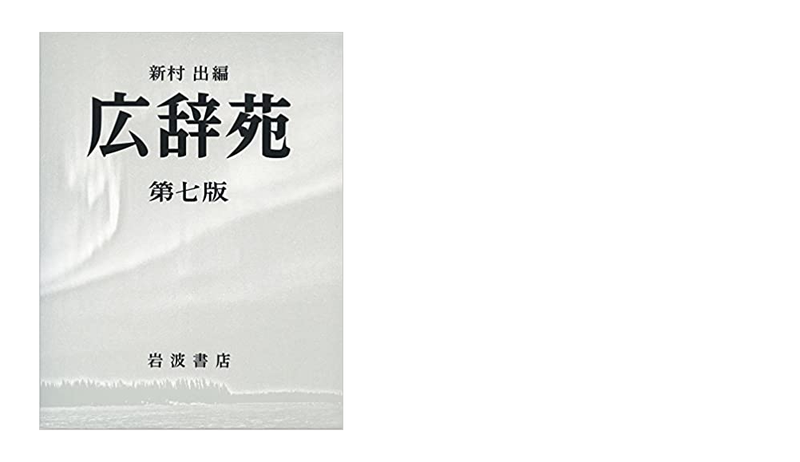