Masashi studied art history at a university in the UK and then used his English skills to work for a translation company, where he gained valuable experience as a project manager. In the translation industry where he came from, people are the main assets of the trade. We talked about why his interests lead him to a more technology-driven company like WOVN.

Masashi Yamaguchi / Localize Section Head
Joined WOVN in May 2019
Masashi graduated from the University of Kent in 2006, where he studied the history and philosophy of art. After relocating back to Japan, he worked for a translation company, and was involved in many projects as a translator and project manager, and also started up new businesses within the company. Masashi is now the section head of the localization team and is engaged in managing translation projects and developing WOVN's products and features.

I graduated from a well-known private high school, but instead of going on to college, I happened to find a job at a gallery.
I started studying art there out of necessity, but then started to desire to study it in earnest at a university.

While many universities had "Art History" courses at that time, the University of Kent in the UK was the only one with a "History and Philosophy of Art" course, where you can study history and its theory. I think I'm quite a difficult person and like to give explanations to everything, so I was drawn to the idea of studying art theory.

So that's why I started studying English again.
Before entering university, I stayed in London for six months to study English. I mastered the language well enough to work part-time there, and I successfully obtained a score on the Cambridge English exam that would allow me to enter university.

I now work in WOVN's localization team, but I learned English only to study art history. Most of the foreign members of our localization team learned Japanese because they were interested in the language or majored in Japanese studies at university, so I think I’m the odd one out. 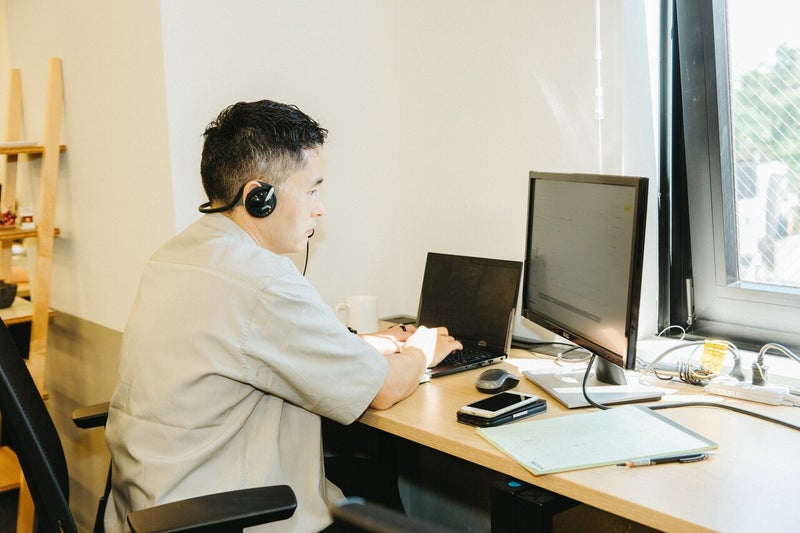 Acquiring a breadth of knowledge in a particular field

In the UK, students attend university for three years in principle. However, since I was a non-native speaker, I went for four years, including one year in the foundation program to learn English and the basics.

I lived in a dorm with some local students during my first year, and I was quite shocked by their lifestyle. The sink and fridge were absolutely filthy (laughs).
Also, I woke up one morning to find a pigeon in my room. My window opened from the bottom up and had no window screen either. I had a hard time getting the pigeon out while a second pigeon was already waiting outside the window. Good times (laughs)

In addition to art history and theory of art, I also studied photography, philosophy, aesthetics, and Italian. Since the Renaissance was born in Italy, I needed to learn the language. I found it quite interesting to learn Italian in English.

I started learning Italian as a beginner, but when my professor told jokes in Italian, the Greeks would laugh. The Greeks and Italians are from the same Latin family, so their language is very similar. I thought it was unfair (laughs).

I guess my scope of interest is quite limited, having chosen art history in the first place, but I like to acquire a breadth of knowledge within a particular field.
In June 2006, I graduated from Kent. I donned a black graduation gown to join the graduation ceremony at Canterbury Cathedral before returning to Japan.


Returned to Japan and joined a translation company to use acquired English skills, and became a manager as a “generalist” in the translation field

After returning to Japan, I joined an art publisher. I wanted to use the knowledge I learned at Kent, but I was assigned to the marketing and sales team, which wasn't exactly what I wanted to do.

After that, I decided to take a new job at a translation company, where I worked for 13 years before joining WOVN. I thought that since I was good at English, I should be good at translating as well. I learned the difficulties of translating and was able to assume responsibilities for many projects there.

I originally joined the company as a QA manager, but I was involved in every step of the translation project, including QA management and project management, translation, translation checking, proofreading, rewriting, doing layouts, and editing. I basically worked on almost every step from receiving an order to customer delivery.

People who work for translation companies are specialists, but I was able to work like a generalist in the translation field and carry out an extensive range of tasks.

I was assigned to work as a translator on a test project three months after joining the company. The project involved setting up a VPN (Virtual Private Network) on the customer's site and uploading and downloading translated files while accessing the VPN. But the project manager went on a business trip to Germany on short notice, and I had to cover his responsibilities.
Back then, the company gave us the key to enter the office after we had completed our three months of training. On the very day I received the key, I had to lock the doors of our office as the person in charge of the project after the last train left the nearest station.
I still remember how hard that was (laughs).

I was also involved in starting up the medical and pharmaceutical business in the company, where I eventually became the manager. When I was in charge of translating news articles, I had to work hard to keep up with the latest news, such as the specifications of the iPhone 4 after its release or the newest trends of social media in the States such as Facebook, Twitter, and Pinterest. I'm very grateful that I was given the opportunity to take on new tasks in a role of responsibility.

Combining human translation with technology. Joined WOVN with many expectations.

I had actually been offered to use WOVN in a certain project in my previous job, and at that time, I was really impressed by WOVN’s technology. I thought that if I could combine human translation with technology, I could do something even more exciting.

At the first casual interview, I talked with both HR and a localization team member, and they were both very friendly. I thought WOVN was an exciting company.

The following interview was with Uemori-san, our COO. I thought I would have to answer many questions, but instead, he spent the whole time talking about his visions and dreams! (laughs) I also had the opportunity to see him speak at an exhibition, and I thought the way he was dressed in a T-shirt and leather jacket was also very unique.

At the time, I was based in the Kansai area, so the final interview with Hayashi-san, our CEO, was scheduled to be held remotely, but it turned out that we both had to go on a business trip, Hayashi-san to Hokkaido and me to Tokyo. So, it was kind of strange being interviewed at WOVN's Tokyo office remotely by Hayashi-san, who was in Hokkaido.

By the time I got through my three bizarre interviews, I became more familiar with the people at WOVN, and I must say I was totally in love with the company.
I also really liked the atmosphere of the office. WOVN’s logo welcomed me at the entrance, and there was a wide co-working space behind the counter. It wasn't gorgeous, but it was kept minimal and simple. The atmosphere seemed very WOVN to me. 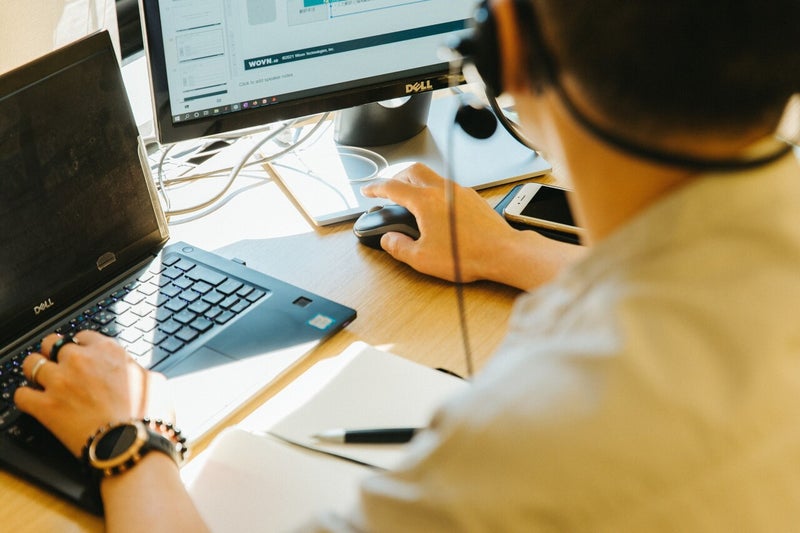 Our team's primary job is to localize documents, with native speakers of the respective languages taking on the role. However, our other important mission is to provide feedback to the product development team since WOVN's product output is the actual translated text.
For example, as translation professionals, we can evaluate the quality of machine translation engines, and of course, we are WOVN's most dedicated users, so we can make suggestions for improving its usability.

I was thrilled when we were able to release the Translation Suggestion feature, which was something I had been hoping for a long time as a translator. Our feedback helps develop the product and makes it more robust. I think being able to shape the product is probably the most exciting part of my job.
I was once surprised at how fast the product development team was able to respond to my proposal for a new feature. They implemented the feature I wanted in two weeks, which reminded me that we are a tech company.

I cannot thank you enough, and I’m really grateful for everything.
I believe that WOVN’s vision, mission, and values are vital to be who we are. It is my hope to keep these all in mind as we do our daily work.


To all future WOVN members

We welcome all who share WOVN’s vision, mission, and values, love the way we think, and are consistent in what they believe.

Here is the book mentioned during the interview.
・“The Brothers Karamazov” by Fyodor Dostoyevsky, Translated by Takuya Hara (Shinchosha)