At a dimly lit theatre wing, the light came in from the stage behind, and the lady’s silhouette appeared.

The beat of “hyoshigi (two pieces of wooden bars),” which announce the beginning of the performance, go through me and her and penetrate throughout all audiences. Later, I learned that the cracking sound is generally described as “chon” in Japanese, which feels too cute to me despite the actual sound being sharp as if it ruptures eardrums.

This is a story about my path as a photographer in my 30s, who have felt the limit of a straightforward documentary approach. I want to introduce my story of creating my first artist book “Renjishi” with an eight-part series: with steps such as various meetings that inspired me, my challenges, to seek my way of creating through a try and error process, and book sales both domestically and internationally.


Back in late 2014, I was assigned to work at an office building in Osaka. When I visit there, I happen to see the dance rehearsal of Fumiko Yamato, a Japanese dancer. She is the same generation as my grandmother, yet her dance is very sharp. What on earth is this!

I have never seen a traditional Japanese dance before. I felt something uncomfortable with a strict atmosphere of the world of tradition that there are unspoken rules, and sometimes it makes beginners think withered, and people around me regard the tradition itself as value and introduce it to foreigners proudly with unconditional admiration. Therefore, I was impressed by the lady who breaks the public image of an older woman and a traditional dancer. I couldn't find an appropriate word to describe her. She seems superwoman to me.

I want to know about her, who lives in an unfamiliar world.
This was the start of communicating with her.

Since then, I have been fortunate enough to be given opportunities to photograph her at various places and occasions, such as stages that took place in Japan nationwide, ceremonies and parties held by her school for nearly two years.

However, even though I have taken many photos, I could not create any pieces at all.
What in the world am I doing? As time goes by, I irritate myself.

At that time, a specific image came into my mind: a man putting the telephone receiver to his ear. This is one of the images from the series of documentary photos from “Harikomi Nikki (Stakeout Diary)” taken by Yukichi Watabe, a Japanese photographer. He was with two police detectives investigating an actual murder case and took their photos. 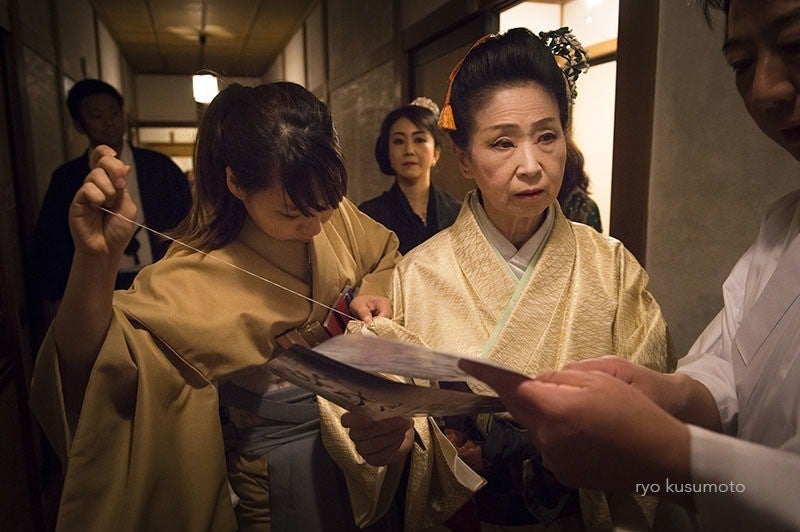 I struggled with something which I don’t know what to do by myself. To break away from the current situation, I was like a drowning man will catch at a straw, as the proverb says. So, I consulted with Yumi Goto, a co-founder and curator for the Reminders Photography Stronghold in Hikifune, Tokyo. I attended their annual workshop “Photobook as object,” which held every May to create an artist book.

“It may not be enough only to compose what you already have,” Yumi said, “you can’t find anything interesting in your photos, can you?”

“No, I’m not interested in it at all,” I answered.

“I see you are good at taking photos for newspapers and magazines. However, the dancer photos you have taken so far have no depth to show a story as a piece of work. Perhaps, you put a story into the framework that you have expected, don’t you?” “It’s not good just to compose what you know.”

“Right. I might have focused on persuading viewers with precise information.”

“Did you find anything from your point of view?”

“Well, by talking with you, I find myself that perhaps I view things in an objective manner, which is neither Fumiko nor her disciples’ view, and put a story into my framework.” Now, I realized that although I tell myself this is my image, I ended up pursuing the familiar stories, which I am supposed to avoid, such as a master-disciple bond, sweat and tears, and inheritance in modern society. Well, I didn’t mean to be that way. As a result, everything in her world fascinated me one after another, so I couldn't stop following them. 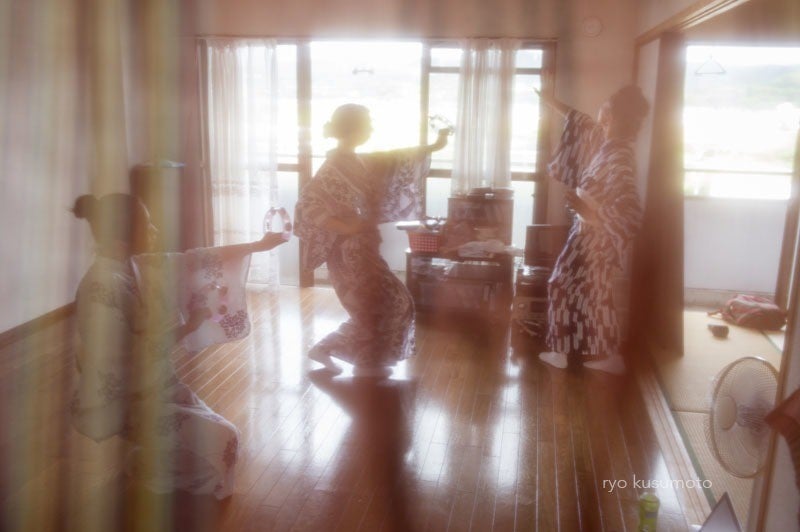 Right after I became aware of this, I consulted with Fumiko Yamato and visited her place. She kindly showed me a huge number of documents. Among them, I encountered one photo which dramatically grabs my heart.

It was a picture in her childhood with wormholes, which drilled her eyes, head, and even the whole body as if she was being bitten off. I felt that the wormholes are not only deteriorated by age but also somehow showed her pain intensively. “It hurts. It’s struggling. Can you understand what it means?”

At the moment, my hands shake slightly. I have never forgotten the feeling of my hands that made me realize the heaviness of life. “I’m sorry to say that I cannot understand it now, but I would like to know more, if possible.”

From here, my journey creating an artist book has started. 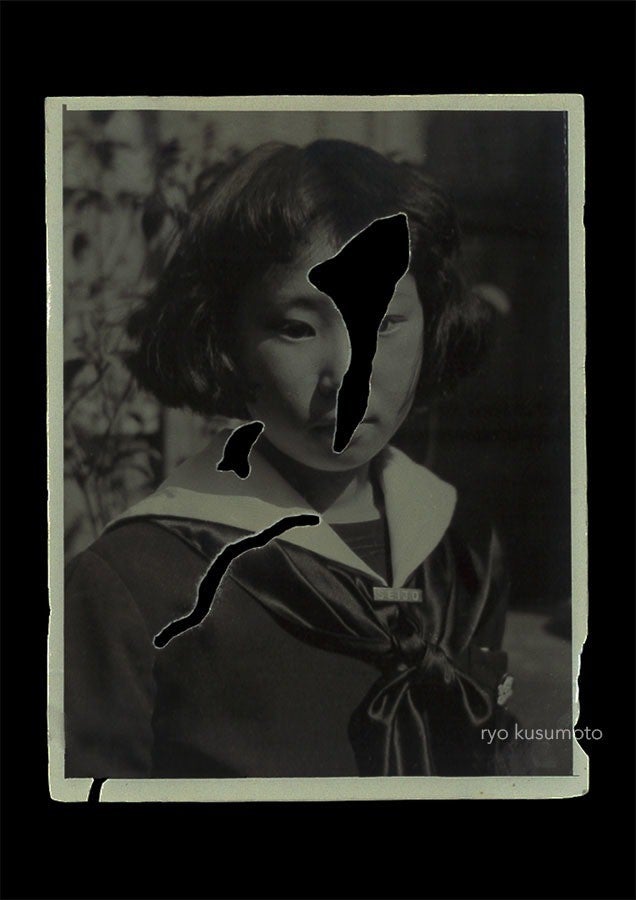