One in 100. A number of Japanese girls who are now vaccinated against the virus that can cause cervical cancer.

The number of people who get vaccinated can suddenly drop drastically after a ghost story. Just look at what went wrong in Japan. And we can learn from this.

One in 100. So many Japanese girls are now only vaccinated against the virus that can cause cervical cancer. At the beginning of 2013, another 70 out of 100 received such an HPV vaccine. The immediate reason? A video in which the national media danced uncritically, in which teenage girls can be seen who had received neurological complaints after receiving the vaccine and were barely able to walk.

Riko Muranaka becomes desperate. She is a doctor at the University of Kyoto and is also a medical journalist. 'I am almost the only one in my country who offers a counterbalance to the activists who published the video and helped to bring all kinds of ghost stories to the world. In addition to neurological symptoms, memory loss, poor school performance and truancy are associated with the vaccine. '

Doctors who treated the girls even came up with a term for the complaints: 'HPV Vaccination Associated Neuroimmunopathic Syndrome' (Hans). The vaccine is still part of the routine program, but in response to the commotion, the Japanese government is no longer actively advising the vaccine since mid-2013. "While there is no evidence for the relationship between the symptoms and the vaccinations," Muranaka sighs.

This is also the conclusion of a scientific committee that looked at the government in January 2014. 'The vaccine has been extensively tested and side effects, other than drowsiness, headache and local reactions such as redness, swelling and pain at the injection site immediately after the injection, are never shown. But the government always postpones the reversal of the decision. '

Worldwide, more than 500 thousand women are diagnosed with cervical cancer each year and more than 250,000 die, 3,000 of whom live in Japan. And that while the vaccine is expected to prevent most of these cases. It induces immunity against the two types of the HPV virus that are jointly responsible for about 70 percent of the cervical cancers.

In many countries, including the Netherlands, the government makes the vaccine, consisting of two pricks, available for girls aged 12 or 13 years. The virus is sexually transferable. Who has already been exposed to the virus, has nothing left for the vaccine and the chance that a woman in her life will catch the virus is 60 to 80 percent. In 80 percent of cases, the immune system knows how to make it harmless within one and a half years. Slightly less than one in one hundred of the women who do not, will get cervical cancer.

Muranaka begins to delve into the HPV file in 2014. To find out what's going on, she interviews dozens of teenage girls, their parents, teachers and doctors. 'I found out that the girls in most cases only developed their complaints for months, until almost a year after their vaccinations, and that one of the wheelchair girls never got the jabs at all.'

In October 2015 Muranaka publishes her first article in a Japanese magazine. Almost immediately a wave of threats starts. In particular, the activists, under the flag of the victim organization established by parents of suspected victims of vaccination, are stirring considerably. They track down her home address and also bother her family. 'Because the Japanese media are almost all on their hands, the storm of negative stories and threats was so fierce that I did not dare to publish anything for a year and the publisher who would publish my book about it canceled the contract. Almost no one dares to serve the activists in reply. Women with cervical cancer who expressed themselves for the vaccine were put away as dissipated. So nasty. "

The Japanese skepticism regarding vaccinations does not come out of the blue. In 1993, a vaccine against measles, mumps and rubella was withdrawn after it had caused meningitis in eleven children, three of whom died. The cause was in all likelihood a contaminated mumps vaccine. The vaccinations returned to the vaccination program in 1999.

Nowadays Japanese children get red dogs and measles together again. The puncture against mumps is still not part of the national vaccination program. The vaccination rate for the measles and red dog is around 90 percent for young children, which is a lot lower for mumps. In 2013 Japan was struck by a red dog outbreak among non-vaccinated young men. Also measles are relatively common, because many children get the prick just before their 2nd instead of just after their 1st birthday.

According to Muranaka, the HPV vaccine is pre-eminently sensitive because it is given to adolescent girls.

'There are so many social factors around the fear of the vaccine. There is the sensitivity around sex. In addition, a lot changes in the adolescent body, which can cause all sorts of complaints that are quickly linked to the vaccine. This is particularly attractive in the case of problems such as memory loss. I can not generalize, but the teenagers I spoke are often in expensive private schools where a lot of them are expected. If they fail, the parents want to blame, so that they or their child are not responsible themselves. '

What the situation in Japan shows is that the HPV vaccine is extremely sensitive to discussions, says Hans van Vliet, head of the National Vaccination Program at RIVM. This is partly due to the fact that the vaccine protects against a disease that only occurs at a later age in a small number of women, and which can also be detected by means of screening. 'The need felt is less high. You see, more than with other vaccines, a strong variation between countries. In addition, especially in countries where scientists, rightly or wrongly, question the vaccine, vaccination rates are lowest. In Japan it is extreme because the government also went along with panic. '

Fear of side effects

Japan is not the only country where the HPV vaccination coverage has recently plummeted. In Denmark the vaccination rate went from 49 to 23 percent, partly as a result of a documentary in which the Japanese controversy was central. In Ireland, it fell from 87 to 50 percent in one year. In the Netherlands, the prick was discussed from the introduction in 2009, because doctors also expressed doubts about the use and feared side effects.

According to Van Vliet there is no question of a scientific controversy, but the ghost stories about especially infertility and chronic fatigue are still there. The percentage of people who take the HPV shot has increased since the introduction of 49 percent in 2010 to 61 percent in 2015, but then dropped to 53 percent in 2016. 'The reason for this was probably a broadcast of the TV program Gezond. now, where alleged side effects of the vaccine were central, 'says Van Vliet.

Following the media attention, the Lareb adverse event center received many reports of chronic fatigue, on which the RIVM, according to protocol, started a follow-up study, the results of which are expected in the course of this year. 'The preliminary results are reassuring, although the research will not provide a definitive answer', says Van Vliet. "We will continue to take it seriously."

Fast response In response to the Japanese and Danish vicissitudes, the European Medication Authority EMA published an overview study at the end of 2015 in which it once again concludes that no causal link has been established between the neurological complaints and the vaccine; the complaints would appear to be the same in unvaccinated girls. This conclusion was also criticized by the Danish Nordic Cochrane Center, because according to them indeed no link between the vaccine and the serious side effects has been demonstrated, but that has not yet been invalidated. 'That is also virtually impossible', sighs Van Vliet. "We can not sit back and wait for more evidence, because in the meantime women are running the virus." Last December, experts gathered in the Irish capital of Dublin to exchange ideas to prevent Japanese situations. One is a rapid response to alleged links between cases and vaccinations. In England, a girl died shortly after she received an HPV injection in 2009. The authorities took the suspicions of a connection seriously and examined them, communicated them extensively, and finally ruled out. The HPV vaccination rate in England is still 87 percent. In December, the Irish authorities reported that the tide is turning in Ireland: the HPV vaccination rate rose again to 61 percent. The Irish Minister of Health twittered: "No room for complacency. Must continue to debunk myths. '

Meanwhile, Muranaka continues her struggle in Japan. This is given a new dimension when in 2016 a doctor researcher working for the government presents the results of a study: mice that received the HPV vaccine would have suffered brain damage. But Muranaka discovered that only one mouse had suspected brain damage, and that it had not even received the HPV vaccine. She wrote that the principal investigator, Shuichi Ikeda, had invented the result, whereupon he challenged her in court for defamation.

The Japanese ministry acknowledges in a statement that Ikeda's conclusion was premature, but does not call it a concoction. "Ikeda claims that the charges are about my wording," says Muranaka, "but I see it as a way to silence critical colleagues."

In anticipation of the verdict, Muranaka receives an unexpected message at the end of last year: she is awarded the John Maddox Prize, a prize from Nature magazine and the Kohn Foundation for someone who stands up for science. With renewed self-confidence, she returns from London. 'Hopefully this award will help scientists in my own country to openly support me now.  '

In between interviews with international media, she works on the completion of her book, which will be published by another publisher this spring. "In the end it's not about me. I am not an activist, I want to separate the sense of nonsense. It concerns those thousands of Japanese women per year who die. At the moment almost exclusively daughters of doctors and of women who have cervical cancer themselves vaccinate. I want to protect people from making the wrong decisions. " 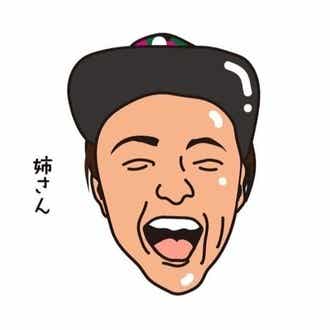