(108)Section 5: The Rise and Fall of Polytheistic Civilization II

Several Buddhist congregations dedicated to the exclusive worship of Amitabha sprouted all over Japan, but none were as large as Hongan-ji.
Hongan-ji also became the first Buddhist temple in Japan—if not the world—to be run and operated by the direct descendants of its founder. It was, after all, the temple’s original owner, Shinran, the founder of Shinshu (Jodo Shinshu), who became the first Buddhist in seventeen hundred years of the religion’s history to officially sanction marriage. But Hongan-ji wasn’t initially the largest sect of Amitabha worshiping societies in Japan. If you worship only Amitabha and believe that all believers are equal under Amitabha, family lineage is inconsequential. Shinran may have had descendants, but they were no more important than any other believer. Hongan-ji fell into decline and was on track for near ruin. 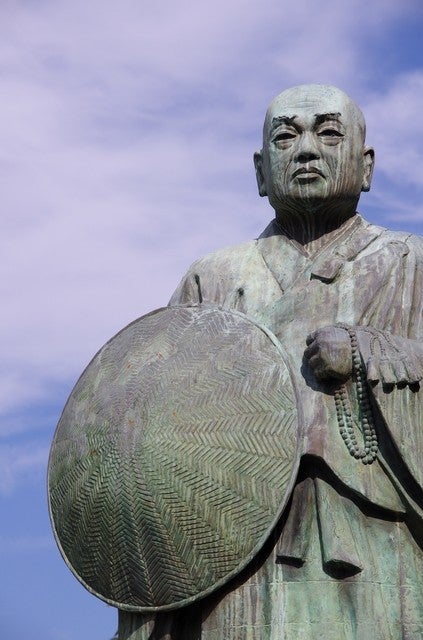 Then came Rennyo (1415-99), the eighth-generation head priest of Hongan-ji and leader of the Shinshu organization. Rennyo was, in a word, vigorous. In a sect that had permitted only monogamous relationships—concubines and the like were a no-go—the Shinshu priest still managed to father thirteen sons and fourteen daughters. Rennyo had lawfully wed five times: after becoming a widow four times over, Rennyo married once more, this time to a woman fifty years his junior. With his fifth wife, he fathered a further five sons and two daughters. Rennyo had, in effect, created his own army of missionaries, whom he then dispatched throughout the country to spread his version of the good word.
Rennyo even went so far as to personally respond to his believers’ doctrinal questions. But he didn’t stop at addressing every incoming doctrinal query; he also made facsimiles of the inquiries and sent them to believers far and wide as ofumi or pastoral letters.
Rennyo went further to create what was called the ko 購 system, a social network of believers so to speak so that, in areas without temples, fellow Shinshu believers could gather periodically to discuss their faith and help each other in all matters of life.
With ofumi and ko, Rennyo expanded the number of Hongan-ji faithful exponentially. His congregation swelled to several million members strong.
The nation of Japan had always been a nation ruled by the emperor, and the emperorship has always been based on the traditional belief that he is the direct descendent of the sun goddess, Amaterasu. This is why, in Japan, unlike in China and Europe, those without royal or imperial blood had no way of politically usurping the throne.
But if you are granted the authority to govern by the emperor, then it doesn’t matter if you are not of imperial pedigree, ruling over Japan is entirely feasible. This is what would replace the imperial court at the end of the twelfth century as Japan’s ruling power and what would go on to be known as the bakufu (samurai government). At the top of this new form of government was the shogun.
Keep in mind that after the formation of the bakufu government, the imperial court wasn’t abolished—it actually survived. While more a formality, the shogun was always appointed by the emperor. In reality, the situation wasn’t all that different from what took place in China and Europe. Whoever could edge out his rival ended up on top. In Japan, the man who forcibly fended off his rivals was the man who became the emperor-appointed shogun, founder of the bakufu, and ruler of the country. The rank of shogun was, at least initially, inherited by the direct decedents of the first shogun. But, like the dynasties of China, after several generations, corruption settled in, inviting other families to take up what was a traditionally hereditary position. What took place was none other than a dynastic shift.
Historically, Japan saw a succession of three bakufu. Established first was the Kamakura bakufu, followed by the Muromachi bakufu, and finally the Edo bakufu. In case you didn’t know, Kamakura and Edo (the former name of Tokyo) were the names of cities, and Muromachi was the name of a township in Kyoto. Each moniker indicates the physical location of each seat of government. The end of the Muromachi bakufu (later half of the sixteenth century), however, marked the beginning of a major turning point in Japanese history—Japan would be thrust into a period of major conflict. The regional lords or daimyo, sort of samurai corps leaders who ruled over Japan’s more than sixty provinces, began to ignore the shogun and fight with each other in attempt to broaden the land over which they had control. And the result was utter chaos. 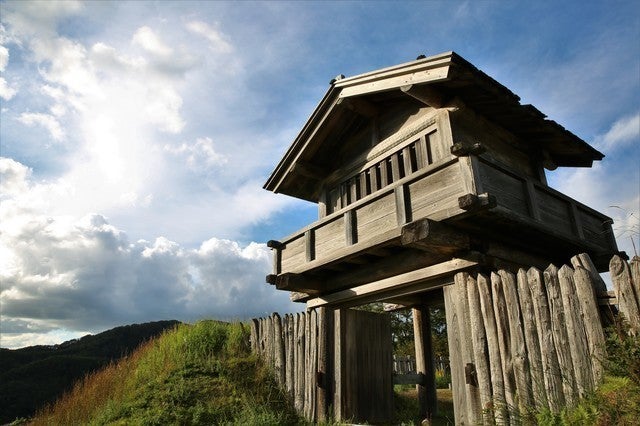 Thus began the Sengoku period (Age of Warring States). It was also a time when the Hongan-ji faithful, proponents who also happened to be samurai warriors and farmers, mobilized themselves into powerful armed mobs poised for combat and eager for the greenlight from headquarters. These were the Ikko-ikki (or Ikko-shu).
The formation of these militant groups was inevitable. If you remember, traditional Buddhist groups like Todai-ji (Kegon school) and Kofuku-ji (Hosso school) had vast supplies of professional soldiers or warrior monks. These warrior monks fought against the bakufu to protect the interests of their respective temples, but they also attacked other sects and murdered their members in attempts to further their religious power and influence. Hongan-ji and its followers had no choice but to arm themselves in self-defense.

But while the warrior monks were regular soldiers affiliated with a given temple, nearly all of Hongan-ji’s combatants were volunteer soldiers from the congregation. In other words, they had the advantage of guerilla warfare. For their faith, they stared death in the face, and became the fiercest, most powerful army of the period. They even managed to defeat the daimyo Togashi before placing the Kaga province under Hongan-ji control. In effect, the volunteer fighters defeated the samurai. Their base of operations, located in what was then known as Ishiyama, an area of the great city of Osaka, was Ishiyama Hongan-ji and was known as the unbreachable fortress of the Sengoku period.

This is how Kennyo (1543-92), the head of Hongan-ji at the time, expanded the power and influence of his religion. And he almost certainly had aspirations to turn Japan into a nation of Hongan-ji believers. The Shinshu sect did not necessarily negate the existence of other Tathagata. It did, however, like the monotheistic faith of Christianity, worship only one god, and that was Amitabha. The greatest difference between the Shinshu faith and the Christian religion was the behavior of its emperors; the Roman emperor converted to Christianity and made the faith the state religion, while the emperor of Japan never did become a Shinshu enthusiast. No documents detailing Kennyo’s opinion on the matter survive today, but we do know that the emperor assumed the traditional role of protector of Buddhism; he was considered the “descendent of god” and leader above all Buddhist sects.
He was as much a protector of the Kegon and Hosso sects as he was a protector of Hongan-ji Buddhism (Shinshu sect). 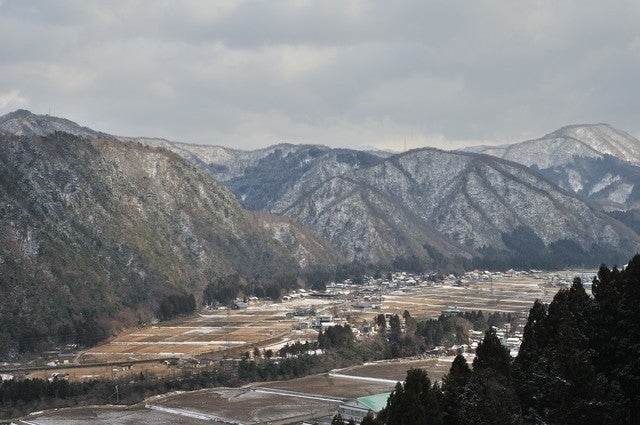 But the relatively new (in comparison with Kegon Buddhism) Shinshu sect couldn’t afford to rest on its laurels. A new Buddhist sect had just broken onto the scene, and it would become the Shinshu sect’s biggest rival. The Nichiren school of Buddhism, founded by Nichiren after he, it’s believed, received a revelation, argued against the exclusive reliance on Amitabha for salvation, asserting the practice had detrimental effects and was incompatible with the true teaching of Mahayana Buddhism. The Nichiren school also argued for exclusive faith and devotion to the Lotus Sutra.
Basically, of the utmost importance, according to Nichiren, was faith in and practice of the shodai or extended chanting. But he was not referring to the nembutsu, namu amida butsu. What he expounded was recitation of the daimoku (literally title, in reference to the title of the Lotus Sutra) or the mantra namu nyoho renge kyo. The teachings of Nichiren thrive today as the foundation of the modern Japanese Buddhist religious movement Soka Gakkai.
Nichiren once slammed the Shinshu faith, explaining that the nembutsu brings uninterrupted hell in his famed assertion nenbutsu muken 念仏無間. Not surprisingly, the Shinshu faithful were outraged at Nichiren’s inflammatory comment and demanded that he retract the statement. Of course, the founder could not go back on his statement. The matter was to be settled by war, and both parties were armed and ready.
Much like the Catholics’ persecution of the Protestants in Europe, Todai-ji, Kofuku-ji, and Enryaku-ji attacked the bases of the Shinshu and Nichiren sects, resulting in numerous casualties.
By the end of the sixteenth century, Japan, like Europe and her Thirty Years’ War (final religious conflict in mainland Europe), was a country mired in a bloody religious conflict. The difference, however, was that the war in Europe was between two opposing religions, the Catholics and the Protestants. In Japan, it was every party for itself. Each sect was entangled in conflict.

< Read the next installment September 15 > 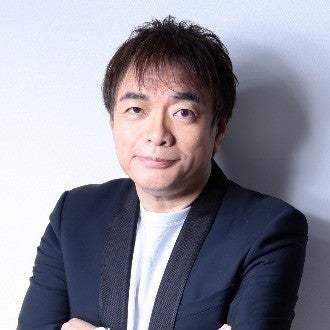