(111)Section 5: The Rise and Fall of Polytheistic Civilization II

In Japan, Zen Buddhism transformed the mundane into the exquisite. Typically ordinary activities like arranging flowers and drinking tea were elevated to the realm of the high arts as Kado and Sado. Pastimes like singing, dancing, and other musical performances ascended to new artistic heights, too, joining the ranks of the other traditional Japanese arts disciplines or Geido. But these artistic disciplines did more than push the boundaries of art and aesthetics. They became a part of Buddhist ascetic training. 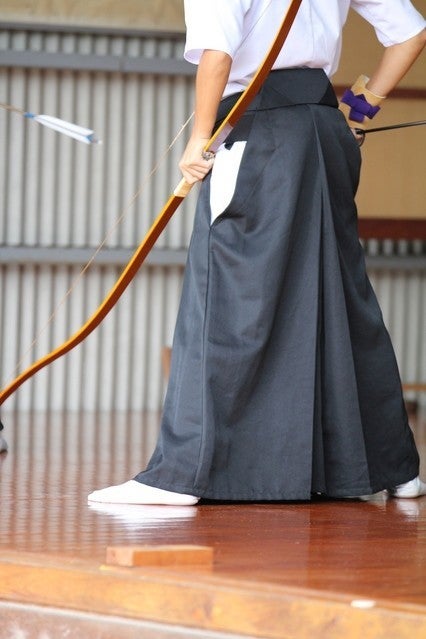 ▲ In kyudo, a mental attitude called preparation for a counterattack.


One such Geido was Noh. Graced with one of the richest histories of any theatrical medium, the masked performance tradition of Noh achieved great success in the fourteenth century under the hand of the genius actor and author Zeami (1363?-1443), who penned several critical treatises on the art, one of the most famous and philosophical of which was Fushikaden. Though Zeami doesn’t use the word geido himself, it’s clear the dramatic treatise treats song, dance, and other musical performances as a discipline of geido, and a discipline inseparable from Zen Buddhism.
But perhaps the best example of the power of Zen in Japan is kenjutsu (Japanese swordsmanship), the idea that even the art of wielding the sword, a weapon meant to kill, could be effective spiritual training in Zen Buddhism.
In his writings Fudochi Shinmyoryoku (The Unfettered Mind), the Rinzai monk Takuan (1573-1645) expands upon the idea of kenjutsu as a viable path to enlightenment. Through rigorous devotion, he affirms, the art of the killer becomes something else entirely. The sword no longer takes life, but gives it. This is the origin of the Japanese phrase kenzen ichinyo or “the unity of Zen and the sword.” Takuan developed and introduced his ideology upon the request of the third shogun of the Tokugawa dynasty, “head samurai” Iemitsu Tokugawa. The compilation of Takuan’s ideology, The Unfettered Mind, was then gifted to Yagyu Munenori, kenjutsu master and official sword instructor to the shogun. And for years, the teachings were passed on from generation to generation in the Yagyu family as the spirit of the samurai. Munemori’s first son was the legendary swordsman Jubei Mitsuyoshi Yagyu.

But Munemori Yagyu wasn’t the only kenjutsu expert active during the late sixteenth century in Japan. In contrast to the Tokugawa retainer was the famous masterless sword master, Musashi Miyamoto, who, in addition to authoring the philosophical text on kenjutsu, The Book of Five Rings, was an outstanding artist, sculptor, and craftsman. One of his most famous artistic works, “Kobokumeigekizu” (“Shrike perched on a withered branch”), which, with the bird glowering at his domain, appears, as I imagine, to be a metaphorical self-portrait, is designated as an important cultural property in Japan.
In the novel Musashi Miyamoto by Japanese historical novelist Eiji Yoshikawa (1892-1962), Takuan is Musashi’s life-long spiritual teacher. The two lived during the same period, but no records exist indicating the two had any interaction with each other. That said, their association is certainly plausible. Musashi may have lived by the sword, but painting and sculpture had equal footing in his life of spiritual training.
Today, the names of many Japanese martial arts are capped by the character do 道, meaning “way,” such as kendo (the way of the sword), judo (the gentle way), and kyudo (the way of the bow). In premodern times, however, the kanji jutsu 術 (techniques) was used instead of do, and were known as kenjutsu (teaching techniques of the sword), jujutsu (teaching techniques of fighting, literally the “techniques of softness”), and kyujutsu (teaching techniques of archery). The appending of do to these Japanese martial arts is no doubt a consequence of Zen.
German philosophy professor Eugen Herrigel (1884-1955) wrote about the unique influence of Zen on the martial arts in his book Zen in the Art of Archery after living in Japan and studying kyudo in the 1920s. Well known later for having been a favorite book of the late Steve Jobs, the work chronicles Herrigel’s efforts to understand the spiritual heart of Japanese culture and is a reflection of Herrigel’s own fascination with Zen. Herrigel is especially mystified when his Japanese kyudo master instructs him to not only avoid thinking about hitting the target but to avoid any attempt at aiming at the target. When Herrigel protests, the master proceeds to demonstrate later that evening by letting two arrows fly in complete darkness, each arrow hitting the center of the bullseye. Herrigel is awestruck. He had woken to the very Zen idea that even the practice of kyudo can be an avenue to enlightenment.
By now, you probably have an idea as to why I have given so many examples of Zen in Japan. If you remember, I talked about how capitalism was born of the protestant belief that all work is honorable and that all profit obtained from such work is fundamentally good. It is the main thrust of the The Protestant Ethic and the Spirit of Capitalism by German sociologist Max Weber (1864-1920).
Weber’s theory has found new validation in Confucian China and parts of the Islamic world where true capitalism has struggled to take hold.
But if Weber’s assertion really holds true, then the economy of the traditionally non-Christian nation of Japan, with less than two percent of its population identifying as Christian, should be almost no different from the economies of China and many Islamic nations. 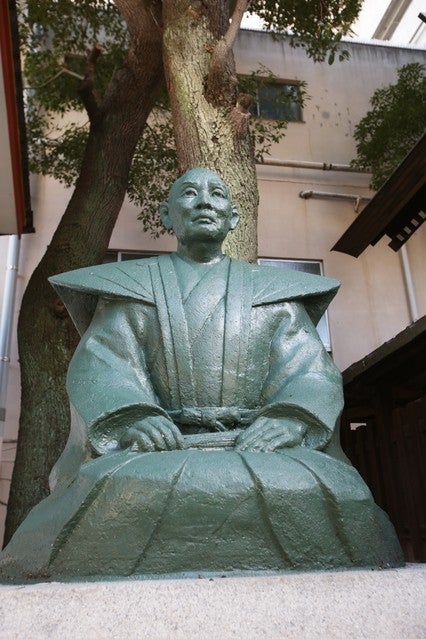 ▲ Baigan ISHIDA  who founded the Sekimon-shingaku .


Yet, today, Japan stands as one of the world’s top economic powers. How is this possible?
American sociologist Robert Neelly Bellah (1927-2013) was one of the first people to seek an answer to this question, and attributes the achievement to the Japanese educator and philosopher Baigan Ishida (1685-1744).
Baigan founded the philosophical and moralistic Shingaku (heart learning) movement, and is known, in Japan at least, for his many famous teachings. In the context of capitalism, however, he had a particularly interesting belief. If one is diligent in one’s family business, the result, for example, a wealthy existence as a merchant, is a way of life in line with the will of heaven, he believed. Bellah saw this teaching by Baigan as comparable with the Protestant ethic, a spirit, he also believed, helped nurture a unique style of Japanese capitalism. And I happen to think he’s onto something.
The question is, did the late seventeenth century thinker come to his conclusion on his own?
The answer is a definite no. Before Baigan, there was someone who cultivated this spirit of Japanese capitalism. He was a Zen Buddhist monk, and his name was Shosan.

< Read the next installment  December 15 >