Biodiversity in Japan: hotspots and priority areas for conservation

Also take a look at the YouTube  "How to use the J-BMP".

Japan is an area that is receiving worldwide attention as a biodiversity hotspot. About 5600 species of vascular plants (ferns, herbs and trees) are distributed in Japan, and 30% of them are endemic.

Conservation International defines biodiversity hotspots in areas where more than 1500 species of endemic vascular plants are distributed and where more than 70% of the native ecosystem has been modified.

The East Asian islands including the Japanese archipelago, the Ryukyu Islands and the Ogasawara Islands is one of 34 biodiversity hot spots in the world.

Biogeography and macroecology researches reveal that Japan's biodiversity pattern is a historical product shaped through a combination of climate, geography and geohistory. 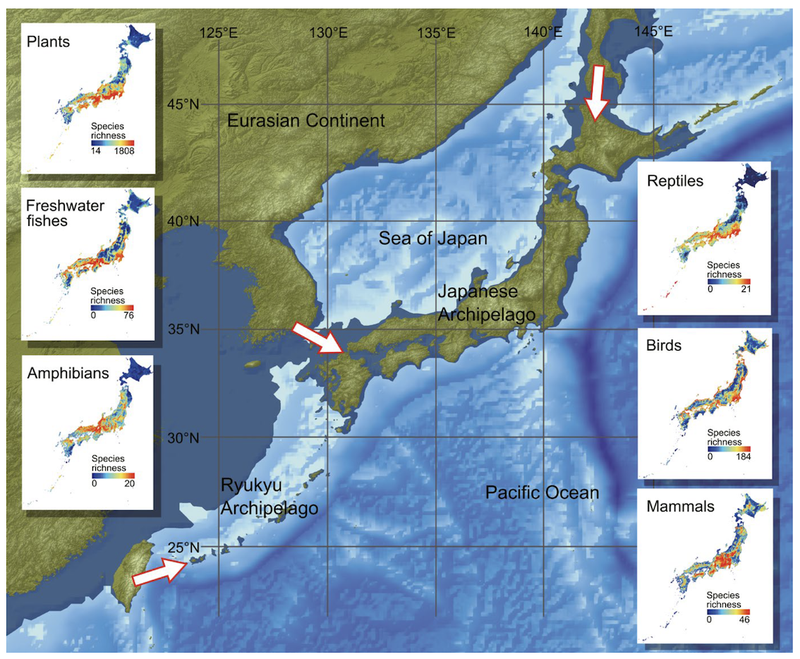 These taxon-specific species richness patterns reflect evolutionary and ecological diversifications in relation to the past land-bridge connection, climate changes and topographic heterogeneity etc.

To implement  conservation planning, mapping individual species is critically important. If people can know what kind of organisms live in the area where they live, understanding of biodiversity will deepen.

This project visualizes the biodiversity characteristics of Japan's 47 prefectures and disseminate scientific information related to conservation and use.

Moreover, we identified priority areas for expansion of the existing protected areas network in Japan, as the following way (Lehtomäki and Kusumoto et al. 2018). 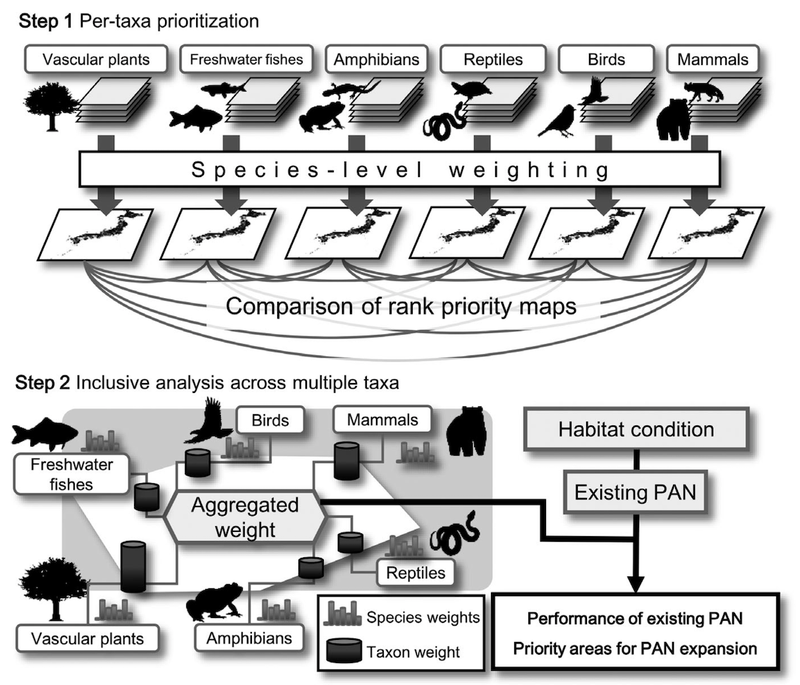 In the series of articles listed below, we will inform the analysis results regarding the conservation and utilization plans of biodiversity in 47 prefectures. So far, conservation card for each region is only a very brief explanation  in Japanese, but we are going to prepare English version articles. Please see the following as well. 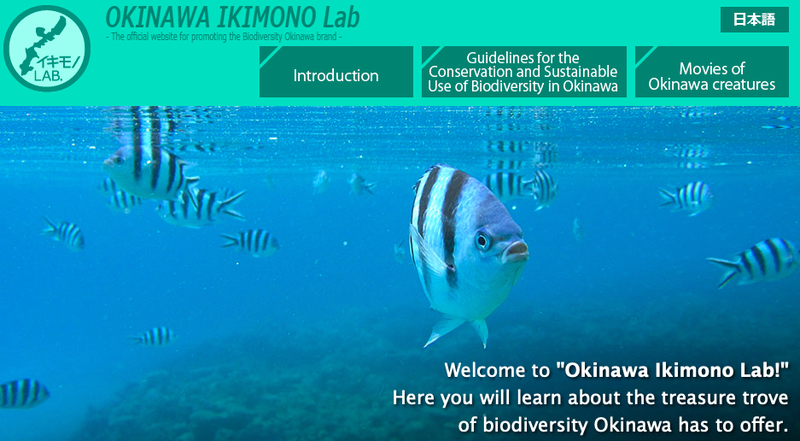